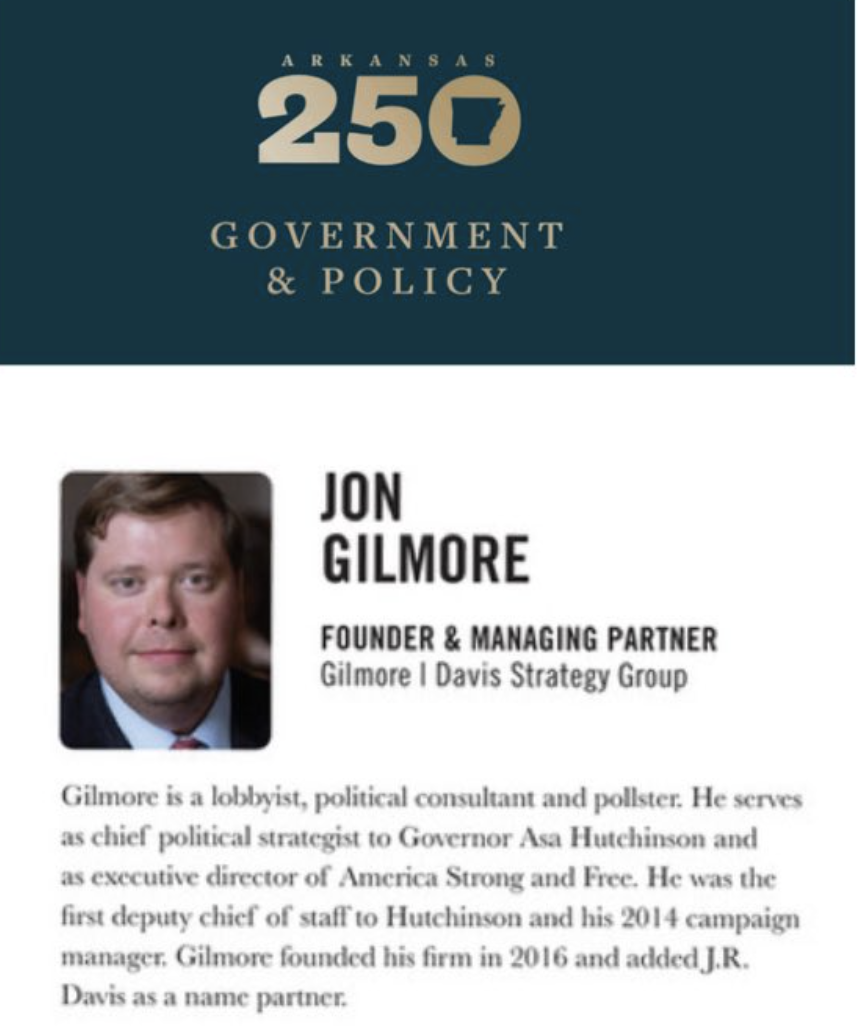 I got a tip on an interesting piece of information in the filing by the Gilmore Strategy Group.

This is the lobbying firm headed by Jon Gilmore, a campaign fund-raiser and former high staff member for Governor Hutchinson. He continues to call himself chief political strategist for the lame-duck governor, now testing the waters for a presidential run. Also on board at Gilmore is J.R. Davis, Hutchinson’s communications chief until he hit the door for the more lucrative lobbying world. Jon Gilmore is also the brother of Republican Sen. Ben Gilmore.

On a list of clients of the firm appears Good Day Farm, a medical marijuana cultivator and dispensary described in an Arkansas Business article as the largest cannabis business in the South. It is a major contributor to the campaign to pass Issue 4, which would legalize marijuana for adults in Arkansas beyond current legal medical use (which nominally is the focus of Gilmore’s lobbying activity according to records on file with the secretary of state.)

You know where this is going. Governor Hutchinson is a drug warrior. He didn’t support medical marijuana. He’s stridently opposed to the expanded legalization in Issue 4. Some pro-marijuana people, incidentally, oppose Issue 4 because it restricts the market to existing medical marijuana businesses that are major backers of the amendment, such as Good Day Farm.

There’s a hint of Civil War-style brother-against-brother action on this specific issue.

The proposed bill to legalize recreational #marijuana went up in smoke (or down in flames – pardon the pun) at @ARBoysState today. As it turns out, the leaders of tomorrow are more thoughtful than some of our so-called leaders today! #arpx #arleg pic.twitter.com/SJhJP39yNB

PS: America Strong and Free, of which Gilmore is president, is the leadership PAC Asa set up to influence politics and advance his national standing. It had about $52,000 on hand at the end of July. Other officers include George Dunklin and Philip Taldo and Alisha Curtis, chief of communications of the Arkansas Department of Commerce.

PPS: Gilmore has a touch of Jason Rapert in him. When I went to his Twitter account to copy the photo he uses of himself with Hutchinson as a branding tool, I found he’s blocked my Twitter account from viewing. There are other means of access. 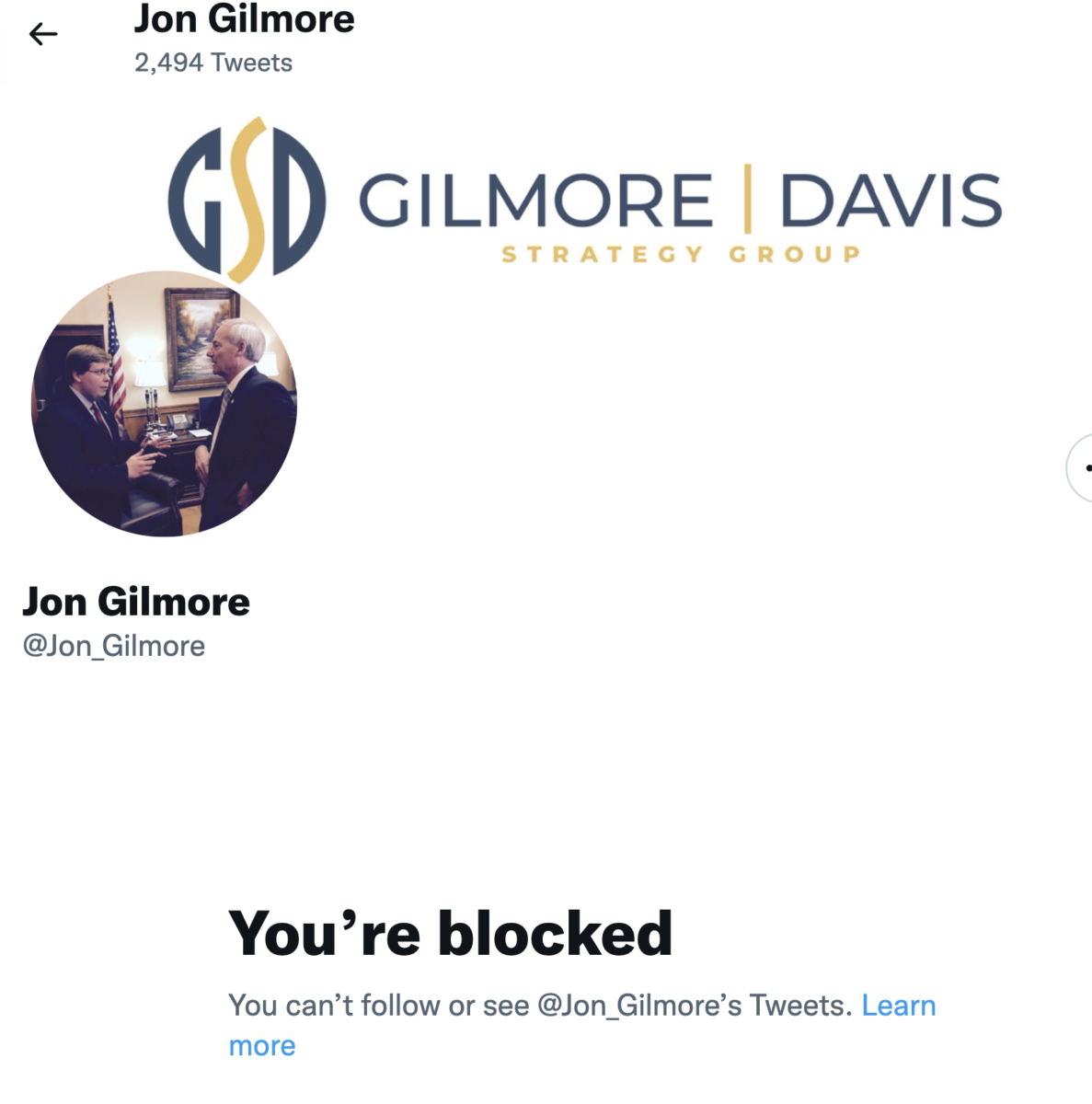